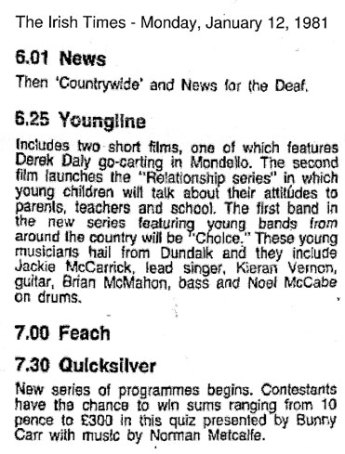 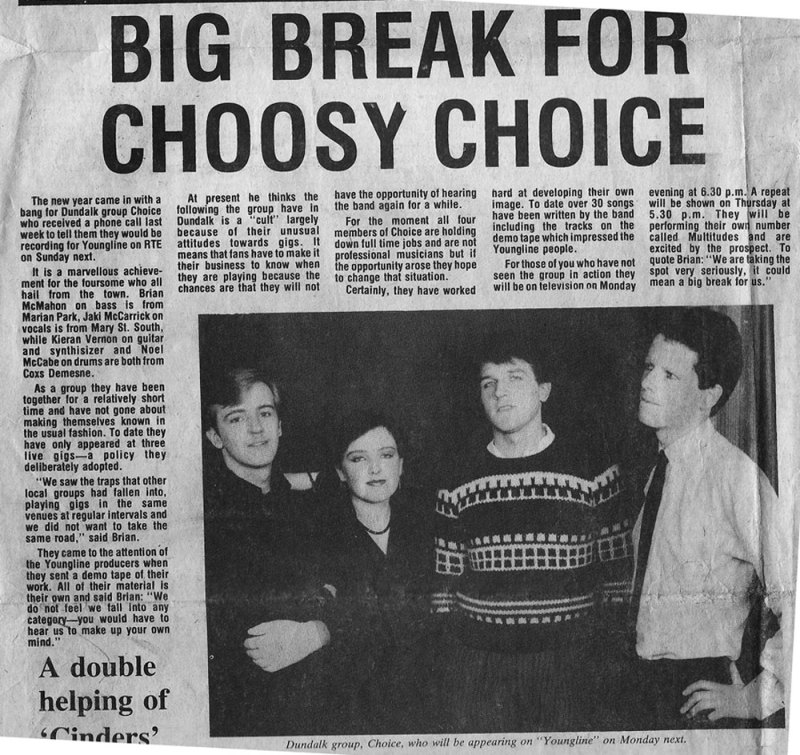 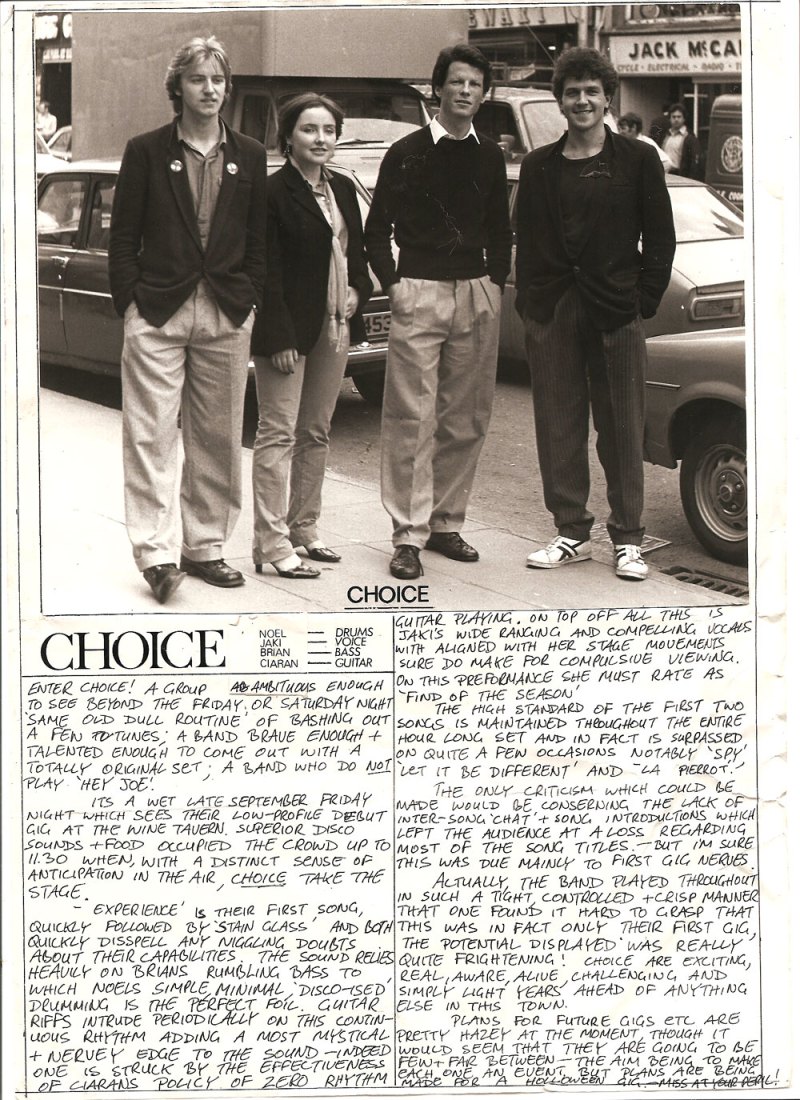 Our first demo tape (recorded at our local Setanta Studios) helped us get on on RTE’s Youngline Programme.  We recorded a video (directed by news reader Michael Murphy ) for our song ‘Multitudes’ for a show first broadcast on Monday, 12th Jan, 1981.  At the end of that series of Youngline,  RTE ran a competition where they produced a show devoted to replaying and reviewing the tracks from all the groups who guested on Youngline during the year to decide who was the best act.  After that show – where we got nicely praised – it went to a postal vote, which we won! So we got invited back again to perform another track ” Who are they”  (I think!) which was broadcast on Easter Monday (20th April, 1981).

I’m specifically stating these dates as I hope that someone might be able to get a copy of the videos from RTE. At the time we knew only 1 person in Dundalk who had a VCR  recorder. They taped the show, but the tape was subsequently over taped by her mother recording Dallas.
Being on TV and in RTE was great, particularly the first recording session.  We had our own dressing room with the classic light bulbs around the mirrors and all.  RTE paid well too, must have been musician union rates. We were annoyed though that the presenter, Ultan Guilfoyle, mistakenly introduced us as hailing “from Drogheda”. Sacrilege!

Here is a selection of Choice demo tracks. Please bear with the poor quality of the 1980 tracks, “Multitudes”, “Spy” & “Stung” all from a copy of a copy of a dodgy cassette. The others are fine though.

The RTE appearances generated a bit of stir and we had one genuine approach with a contract offer from a record company.  We turned it down, convinced we’d get a better offer. We probably could have done with a manager. Or a phone….., none of us or our parents had one! 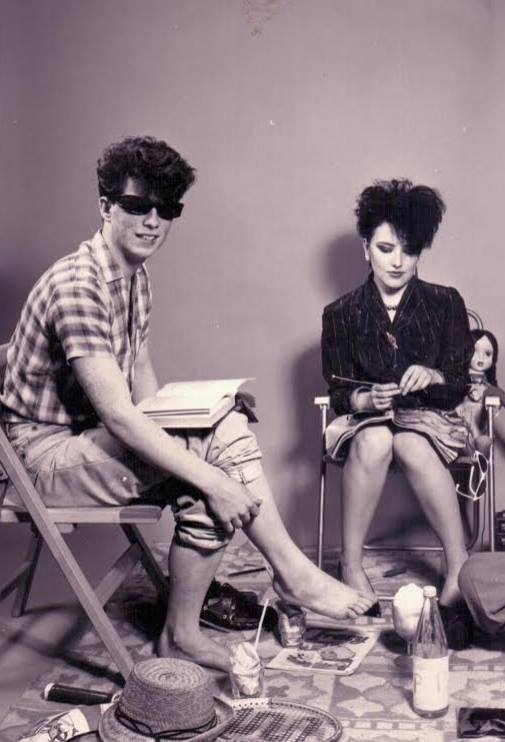 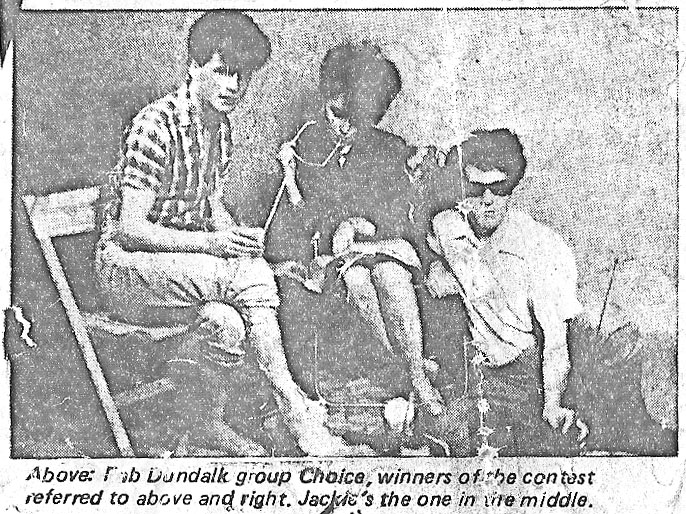 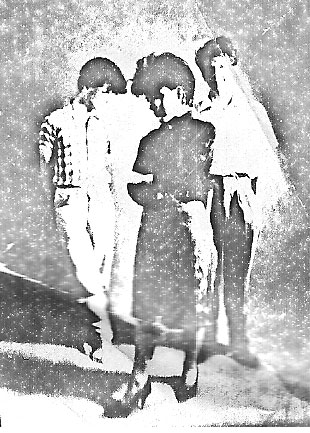 We recorded a few more demos. There was also session for Dave Fanning’s 2fm show, produced by Ian Wilson. We later became a 3 piece, moving more to the synths with less guitar and using a drum machine which I bought in London. (It was the DR-55 which I later replaced by another Roland family member the TR-606).  Ciaran must have charmed the credit union as he had a Korg 2000 Polyphonic Synth & Sequential Circuits Pro-One. Or maybe it was all on the old HP – play now, pay later. There weren’t many young groups using synths or drum machines in Ireland in early 1980.

We won another competition, A Battle of the Bands event, sponsored by Hot Press & held in Trinity College.  The Falklands war had just started, so pretty sure this took place in April 1982.

Later, as I remained in Ireland, Jaki & Ciaran moved to London, continued to write, record and perform and later became the Axis…, but, alas, there were no more TV appearances.
I look forward to sourcing and adding more Choice stories, audio and hopefully video!

Here are links to some other scans…..

Check out Jaki’s blog.   She is still very much actively involved in the culture world.
Also worth checking out is the Fanning Sessions blog, an excellent archive project, which has a short feature on Choice but loads more on other 80’s Irish groups.

Where Are They Now?
Demo's & Recordings
Newspaper Cuttings

your help is needed!

If you can help with any information, demo tapes or memorabilia on this band please get in touch, using the above form.